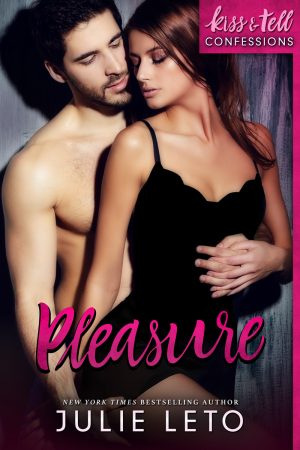 After a sexy tell-all book by his former lover hits the stands, newspaper mogul Gray Masterson is at the end of his rope. Stalked by the paparazzi and frustrated by sabotage at his business, he agrees to escape by switching places with his devil-may-care twin. However, becoming his wild, reckless brother comes with a price—Reina Price. The exotic jewelry designer, in possession of a prized gemstone collection, has been targeted by thieves. Sultry and seductive, Reina thinks she only needs “Zane” to protect her investment, but one night in his bed proves she needs so much more…

My entire life, I was taught that sex was a weapon. A tool. That’s what I was taught, but luckily, not what I learned. From my own experiences, I discovered that with the right lover, pleasure is a commodity one can never have too much of. The taste of a man’s skin warmed by the hot, summer sun. The glory of lying numb amid cool silk sheets after multiple orgasms. Sex with a skilled lover is a gift to the soul. But lately, I confess, finding a lover with the requisite talent has been a challenge.

But I continue to look for something new. Someone new. Someone who understands the power of true and uninhibited pleasure.

She tried to steady her breathing, tried to stop the rapid rise and fall of her breasts so that his gaze would remain only on hers. Not because she didn’t want him to admire her breasts. She did. She wanted him to admire them unclothed and with more than just his eyes. She ached to feel his hands on her, his mouth on her. Shaking her head, she tried to clear the dizziness. Reina never shied from exploring her sexual side, or from sleeping with a man she desired. But never had she wanted a man so much that she wasn’t willing to wait, didn’t aim to draw out the seduction, stoke their desire until the flames became unbearable.

But the fire licking her skin from the inside out was already an unqualified conflagration. How could she feel any hotter? Any deeper in need?

She grabbed the lapels of her pajamas and tore them open, popping buttons, laughing at the tinkle as they dropped to the floor. Pulling her arms languidly from the sleeves, she dropped the shirt to the floor, then leveled her gaze at him as his stare dropped to her bare breasts, her aroused nipples.

“What are you waiting for, then?”

Hunger widened his clear blue eyes to china saucers. That all too familiar swell of feminine power rushed through her blood, intensifying her pulse at each sensitive point—her throat, her wrists, her breasts. Moisture trickled between her legs. A kiss had her ready. He could strip her completely bare and thrust into her right here, right now—her body was prepared.

He inched his hands onto her waist, his touch explorative and yet possessive. She closed her eyes, prepared to feel him completely. When his palms stopped along her rib cage, she blinked and caught her carnal reflection in his eyes.

“You’re waiting again,” she pointed out.

“I don’t know what you want from me.”

She allowed a tiny grin, then tugged his shirt over his head in one quick movement. Splaying her hands over his broad chest, losing her long fingers into the soft curled hair there, she pressed her palm against him until she could count the rapid beats of his heart. “I want sex, Grey. Amazing sex. Earth-shattering, you-ought-to-write-a-book-about-it sex.”

She glanced at Viviana’s diary, barely visible beneath the increasingly disordered comforter. She wished she’d taken up the habit of committing her liaisons to pen and ink because, right now, with Grey’s hands inching up her rib cage, his roughened fingertips teasing the sensitive swell of her breasts, she couldn’t remember any other lover with whom she’d shared such an instant, overwhelming connection.

“I don’t write books about sex,” he said. “And I don’t like reading them. Unless they’re a couple of centuries old.”

In the heat of her desire, she’d forgotten about Lane Morrow.

“Can’t blame you,” she answered, swiping her tongue across her dry lips, then doing the same to him, just in case he thought a little reluctance and one bad experience with an unscrupulous woman was going to change her mind about making love to him. “Discretion is a powerful turn-on for me, Grey. Or should I say Zane? I can play whatever game you want.”

Grey growled, dragged her up and kissed her long and hard, his tongue even more insistent, his teeth knocking with hers, nipping at her lips.

“I like games, Reina. But while in your bed, I’m Grey. And I am going to make love to you.”

She tossed her head back, yanked the clip and let her hair fall across her back. “You’re still all talk. Isn’t there anything better you can do with that mouth of yours?”

Fire. The word popped into Grey’s mind in big, bold letters the moment he caught sight of Reina’s eyes. Flames licked the obsidian centers, flashing with the purest heat he’d ever seen—completely purged of any fear or reluctance. He needed to burn with her.

And he would, just as soon as he demonstrated all the delicious things he knew how to do with his mouth, and other parts of his body, to bring her the pleasure she craved.

“Wait here.” He dashed off the bed, escaping so quickly he barely heard her frustrated sigh. After a quick stop in the guest room to retrieve a condom from his overnight bag, he ran down the stairs. He wondered if he wasn’t insane, leaving Reina alone for so long. But she deserved better than fast and furious. He didn’t know if this would be their only liaison, and he wanted to make it count.

When he returned to the bedroom, he found the lamplight replaced by the glimmering glow of a dozen candles. She’d doffed the bottom half of her pajamas and now reclined on the bed, the comforter folded beneath her feet, in unabashed nudity. He kicked off his pants, then tossed the condom on the side table. His hand, clutching a spool of gold chain he’d pilfered from her worktable, remained hidden behind his back.

“What have you got there?” she asked.

“A surprise. Close your eyes.”

He chuckled, unwilling to let Reina’s alleged experience dampen his intentions. Grey may have been humiliated by Lane’s book, but his embarrassment didn’t stem from her reports of his prowess as a lover, at least not the parts that were true. Yes, he was an insatiable, demanding bedmate. Yes, his desire could be stoked by something as simple as sharing a delectable dessert or riding around in the back of a limousine during a rainstorm. But he’d never failed to insure his lady experienced an orgasm. Even Lane admitted that in black and white. So no matter how accomplished Reina claimed to be in the pleasure department, she’d never had an orgasm courtesy of Grey Masterson.

He revealed the spool of glittering gold chain, unraveled a few inches, then dangled the slightly sharp end over her stomach, beneath her breasts, and across one taut nipple. She gasped at the sensation, then closed her eyes as he’d instructed.