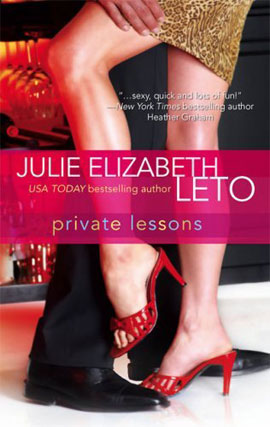 Banker Grant Riordan was a bit of a stuffed shirt—until Harley showed up on his doorstep and sent his libido skyrocketing. Hired as the ‘entertainment’ for a bachelor party, Harley dressed like an exotic dancer, but had the eyes of an innocent. Unfortunately after a little accident, she didn’t have a clue who she was.

Harley might not have known who she was, but she definitely knew who she wanted. Sexy, serious Grant made her heart race and her body tingle. But he needed to loosen up—and Harley was woman enough to help him do it. There might have been a few holes in her memory, but she had no doubt she could give Grant some very memorable lessons.