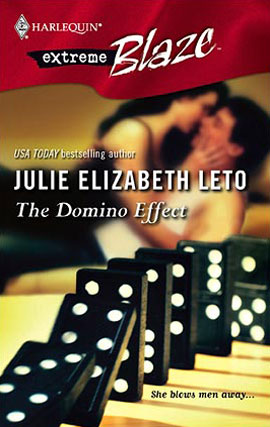 I’ve killed too many to count.

All in the name of United States security.

I don’t care. I don’t feel — I just do what I’m told. My latest assignment was different.

I had to go undercover. Try to find out if the nightclub owner, Luke Brasco, was really planning to sell vital information to terrorists — before I took him out.

I had to sleep with the target.

It was the only way. I showed up at his club, an enigma in black, and asked about renting the apartment above the club. He’d barely said yes before I had him in bed.

It was heart-pounding, body racking, soul wrenching… Sex like I’d never had before.

I made a fatal mistake — I fell in love!

She’d kick ass on this mission.

She’d show the Committee what she was really capable of.

With wicked delight, she strode past the long line of people waiting behind the velvet rope to gain entrance to the club. Music pulsed from the thick, brick walls, blasting and then receding every time someone opened the double-wide red leather doors. She endured the jibes and venomous stares of the crowd, feeding off their anger as she cut through the system. If they only knew…

The bouncer crossed his bulky arms across and even thicker chest. “And you are?”

She smiled. “Now, you see, that’s the big secret. One your boss has been trying to figure out for over twenty-four hours.”

“Which boss?” the bruiser said, casting a glance over at Mikey Maldonado, Luke Brasco’s head of security and a former Army MP who’d only returned from tours in Afghanistan and Iraq less than two years ago.

Mikey straightened when he saw her, his gaze both suspicious and guarded. She curled a straight strand of hair behind her ear and quirked a saucy grin.

She voluptuously mouthed a thank-you, then crossed inside. Just over the threshold, Mikey grabbed her arm, his grip vice-like and hard. She might have drilled him if not for the fact that acting like the hired killer she was didn’t jibe with the persona she’d created to achieve her objective.

She glanced up at him coolly. “Something I can help you with?”

“The boss is a good guy,” Mikey said. “He doesn’t need some chick messing with his head.”

She stretched upward. “I’m not just some chick. And it’s not his head I intend to mess with. Well, not the one with the brain.”

With three fingers, she illustrated her point on his wrist. Nothing fancy, just a basic self-defense move any girl should know. Pain fired his eyes and he instantly released her. He was lucky she didn’t snap a bone.

She smiled and patted him on the shoulder. “Manhandling is not cool, got it? Your boss is a big boy. I’m sure he can take care of himself.”

She swung around to find herself chest-to-chest with the man in question.

He was wearing black. Black shirt. Black jeans. Black boots. He’d practically mimicked her look from the night before and she suddenly understood why the combination had been so effective. Against all the darkness, his light blue eyes sliced through her and simmered the blood coursing through her system.

“So you finally returned,” he said.

“Words won’t be so cheap when I use them to tell you who I am,” she countered.

He leaned forward, his chin brushing against her cheek. “You don’t need to tell me, sweetheart. I already know.”

Surprise flashed in her eyes and Luke grinned. She wasn’t the only one who could be mysterious. She was, however, the only one who knew her name. He’d asked around, showed a picture printed from the video to all the regulars in the club and while a few remembered seeing her the night before, no one had exchanged so much as a word with her—and no one knew her name. He’d even tried to contact Carson Mathers, but the old emergency number, work number and cell phone number his former tenant had left on his lease no longer worked—adding to the unknown quality that was this woman.

Adding to the desire.

“You may think you know,” she quipped. “But you don’t have a clue.”

On a brisk shot of air, she immediately chilled, marching past him and through the crowd. If anyone didn’t get out of her way fast enough, she moved them with a little shove. One woman who didn’t appreciate the push rounded on her to protest, but his new tenant had her would-be opponent backing down with little more than a steely glare.

By the time she reached the stairwell and took the first step, he had to lunge to catch her by the elbow.

“What’s your problem?” he asked.

The anger he’d caught a glimpse of moments before slid instantly out of her body. She eased up against him. She wasn’t a petite woman in terms of height, so one step up from him and they were eye-to-eye. Breasts to chest. Groin inches from groin.

“My problem is you’re taking all the fun out of my little game,” she replied.

He arched a brow. “What game is that? Pull the wool over the landlord’s eyes?”

She licked her lips and gyrated her hips so that her jean-encased sex brushed hotly against his. “You like blindfolds?”

He chuckled. “I’m not adverse to them.”

“Even with women you don’t know? You are the adventurer, aren’t you?”

“With the right woman.”

“Care to put your money where your mouth is?” she challenged.

Laughter erupted from deep in her gut. “I never make assumptions. I’m simply stating a fact.”

She turned to dash up the stairs, but he hadn’t released her elbow, so he easily waylaid her escape and tugged her against him. She didn’t protest, but instead, speared her hands through his hair, grabbed his cheeks with her palms and pulled his lips against hers.

Instantly, her tongue slipped into his mouth. The flavor of clean, crisp mint invaded his senses, but the effect was anything but cool and refreshing. The kiss was brief, but so hot, he imagined smoke puffing out of his mouth when she pushed him away.

He cleared his throat.

“Don’t you know?” She moistened her top lip with her tongue, then performed a little flick that invoked a million and a half wicked possibilities. Oh, to feel that tongue on him again. Wet. Skilled. Uninhibited.

“I know that any woman who kisses her landlord without sharing her name first is up to something.”

“Are you always so suspicious?”

He crossed his arms tightly over his chest. “Yes.”

She made a soft clucking noise that he only heard because she leaned forward to make sure he didn’t miss one sound. “Such a shame to be so young and so jaded.”

She grinned. “Neither am I.”

With a spin, she took the stairs two at a time, a mighty feat in those killer heels. She stopped at the top and with an impatient look over her shoulder, indicated she expected him to follow.